Free The Children (FTC) began with a story one boy couldn’t ignore. 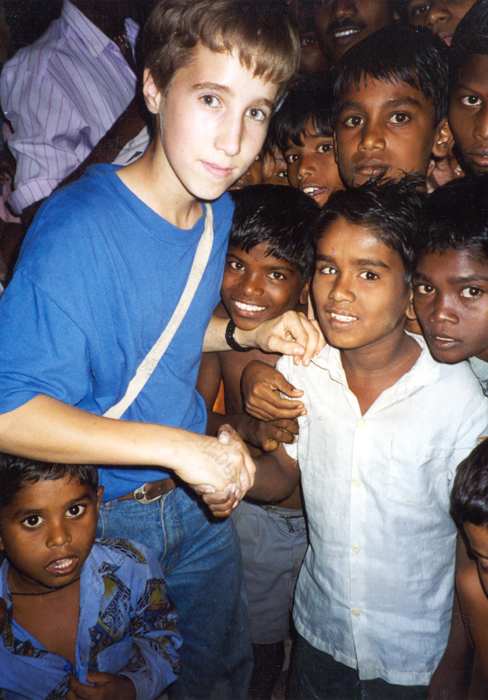 Free The Children Japan is a Japanese NGO started in 1999 as a chapter of ‘Free The Children’ (current WE),
founded in 1995 by 12-year-old Canadian boy named Craig Kielburger who is now an international child rights activist. 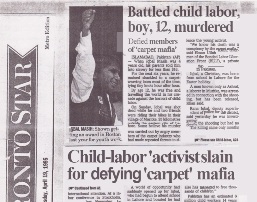 A morning to remember

That morning, Craig flipped through the Toronto Star in search of the comics, he was struck by a story. A raw, but courageous story of a boy his age named Iqbal.
Iqbal Masih was born in South Asia and sold into slavery at the age of four. In his short life, he had spent six years chained to a carpet-weaving loom. Iqbal captured the world’s attention by speaking out for children’s rights. 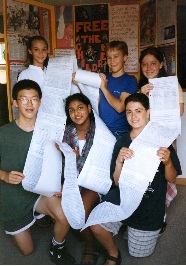 A dream is sparked

Eventually, Iqbal’s wide media coverage caught the attention of those who wished to silence him. At 12, Iqbal lost his life defending the rights of children. What Craig learned from Iqbal’s story was that the bravest voice can live in the smallest body. Craig had to do something. 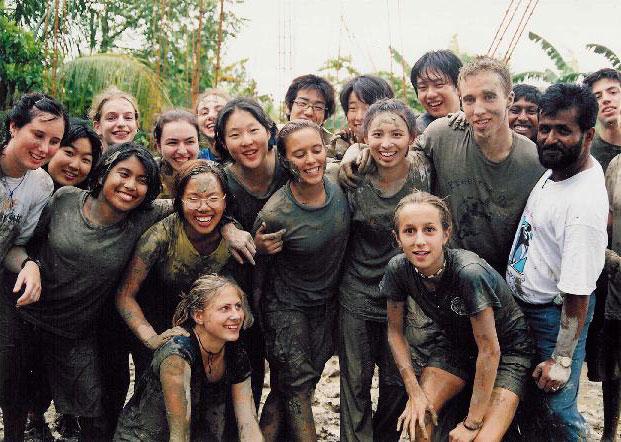 Craig gathered together a small group of his Grade 7 classmates from his Thornhill, Ontario, school and Free The Children was born. Free the children from poverty.
Free the children from exploitation. Free the children from the notion that they are powerless to ffect change. Those are the messages that sparked Craig’s passion, and continue to fuel the mission of the organization today. Every day the movement grows and every day more young people are free to achieve their fullest potential.

A network of young people grows into a movement

How We Started in Japan 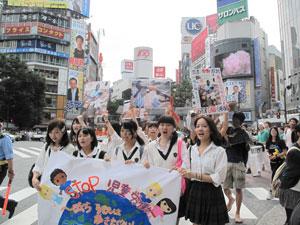 Sanae Nakajima, current Chairperson of the Board, read an article about the Free The Children in the magazine when she was in the US in 1997. She was very moved by Craig’s action and sympathized with the organization’s principle, so decided to establish the Japanese chapter to introduce Free The Children to Japanese youth in 1999. Since then FTC-Japan has been growing and now there are more than 1,500 youth members.

Our vision is a diverse, worldwide society that can come together in understanding and support of one another in times of need.
Every person would be able to wholeheartedly pursue their dreams and make them a reality regardless of nationality, religion, age, gender, disability, or culture. No one would be left behind in their pursuit of happiness.

To achieve our vision and missions, we implement two core programs:

International cooperation and supporting activity to free children from poverty and discrimination in and out of Japan. Active in Philippines, India, Mongolia, Kenya, Tanzania, Ethiopia, Sierra Leone, Haiti, Ecuador and Nicaragua. In Japan, we have supported children who suffered from the Great East Japan Earthquake and the Kumamoto Earthquake.

The activity for Japanese, especially children and young people, to not only teach them about domestic and international social issues, but also to make them think these problems as their own issues, and to nurture capabilities to change the society for the better.

Change Makers Fes invites young people who aim for a better society, actively participates in working with various social issues at both home and abroad and engages in some kind of social action, to celebrate and further empower them to instigate change in society. This event is inspired by “WE Day” that had been held every year since 2007 in North America and Europe. The very first Change Makers Fes was held in Tokyo on March 20, 2021 as an online event due to the pandemic.

Craig, the founder of FTC (current WE), has appeared in multiple major TV stations such as 60 minutes (CNN) and is attracting attention across the world. A documentary following Craig’s activities, ‘It takes a Child’ won the UNESCO Gold Medal at the New York Film Festival in 1999. (The documentary ‘It takes a Child’ is available on the FTCJ Online Shop).

Craig and FTC has been awarded numerous awards such as the World Economic Forum Global Leaders of Tomorrow Award and the Roosevelt Freedom from Fear Award. Craig has been recognized as a ‘Leader of Tomorrow’ in the World Economic Forum held in Switzerland, and as the ambassador for the first Children’s Embassy in Sarajevo, Bosnia and Herzegovnia. Since 2000, FTC and Craig has been nominated for the Nobel Peace Prize three times. Furthermore, in 2002 Craig was awarded the Gakudo Award, an award for those who have contributed to world peace, by the Ozaki Yukio Foundation. In 2006, Craig received the Nobel Peace Prize for Children, the ‘World Children’s Prize’.
After majoring in Peace and Conflict Studies in the University of Toronto, Craig graduated the Executive MBA Course in York University’s Schulich School of Business as the youngest student ever. Craig has been awarded four honorary doctorates in recognition of his success in the fields of education and human rights. He is still actively engaged in Free The Children’s (present: WE) activities, such as programmes implemented in less developed countries, conducting leadership training for children and teenagers, and delivering speeches.

Our relationship with FTC in Canada (current WE)

Free The Children (FTC) was founded in 1995 in Toronto by a Canadian boy, Craig, and in 2016 changed its name to WE. Although the name of the organization has changed, our vision of ‘children have the power to make a change’ has not changed, and in order to embody that principle, WE is working on empowering young people in Canada, the US, and the UK along with the development programmes worldwide.

We, Free The Children Japan, started as a voluntary organization in 1999 as we resonated with FTC’s philosophy. FTC provided us with information to establish a Japanese branch and we are now registered as a NPO to Tokyo Metropolitan government. Although FTCJ started as a Japanese branch of FTC, FTCJ isn’t a subordinate organization, and we are operationally and financially independent. As a Japanese partner organization of FTC/WE in Canada, we are part of the WE network and have engaged in various activities with them.